Money and the Law of Attraction

You are right when you think, Money isn’t everything. You certainly do not need money to have joy in your experience. But in your society—where so much of what you live is tied to money in some way—most of you associate money with freedom. And since freedom is a basic tenet of your being, then coming into alignment with money will help you establish a balanced footing that will be of value to you in all other aspects of your experience.

Excerpted from the book “Money and the Law of Attraction: Learning to Attract Health, Wealth and Happiness” # 260

Our Love,
Jerry and Esther

“We are all chosen, but very few of us choose. Because it is not an easy journey to say yes to.” Maureen Moss in her interview with Lisa Garr on www.theawareshow.com

What Traders Can Learn From Ron Wayne – ex Apple

Back in 1976 Ron Wayne started Apple Computers together with ‘the Steves’. He was recently interviewed on Sunrise (http://au.tv.yahoo.com/sunrise/factsheets/article/-/10759256/an-apple-a-day-kept-the-billions-away). In case you don’t know his story, he is the guy who after only a short time walked away from Apple in the end selling his 10% stake for $800. Today, 35 years on, those shares would be worth about $35 Billion!

He said: “it was exciting and interesting to be at the focal point of these historic events, but at the time when those events occur of course you don’t realise they are historic.”

Samantha Armytage asked him the question I guess we are all interested about: “You could have been worth 35 billion today, do you lay awake at night feeling regrets and anger towards the decisions you have made in the past?”

I was amazed by Ron Wayne’s response. I now use it a lot in my trading should I ever feel a pinch of regret for not having taken a trade that turned out to be the ‘historic trade of the day’ (I am paraphrasing here so maybe watch the interview if you want to know what exactly he said):

“No, I don’t regret it, the reasons I had at the time were perfectly reasonable … if I would have stayed with Apple I probably would have wound up the richest man in the cemetery. It was really a rough road and for that and some other reasons I had to.”

How often do we look at a trade that we took a small profit on which could have become a big profit. But the truth is that if it had been part of your trading plan, you would have seen it and you would have taken it. If you didn’t be proud of yourself for being true to your strategy! 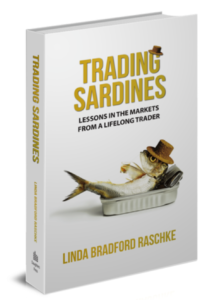 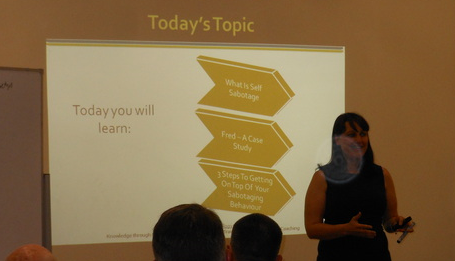 We are not qualified psychologists. Trading the financial markets (especially on margin with leveraged products) carries a high level of risk, and may not be suitable for all investors. The high degree of leverage can work against you as well as for you. Before deciding to trade any instrument you must carefully consider your objectives, level of experience, and your personal circumstances. The possibility exists that you could sustain a loss of some or all of your initial investment and therefore you should not invest money that you cannot afford to lose. You should be aware of all the risks associated with trading the financial markets, and we recommend you seek advice from an independent financial advisor. Any information is general of nature and does not take into account your financial situation, objectives, or your individual circumstances and needs. Please ensure that you fully understand and acknowledge all risks involved before entering into any trades.